Spain – The Wines of Andalusia

Over the past few years 16 geographic designations in Andalusia  have been awarded the right to use the traditional Vinos de la Tierra label, with a level of quality certification which lies somewhere between that of common table wines and Designation of Origin status.

These production areas are traditionally oriented to local markets and are linked to family-based wineries, which have introduced new varieties of grapes whilst modernising their vineyards.

Their products have consolidated their position in the market for medium quality wines, and are good value for money.

This area is bordered by the Sierra de Alhamilla, the Sierra de Cabrera, and the Cabo de Gata-Níjar Nature Park. The vineyards are set out in Almeria’s desert at an average height of approximately 525 metres above sea level. The geographical characteristics and the distinctive elements of the desert climate, with its hot days and cool nights, result in exceptional and unusual varieties of wines.

Between the Sierra Nevada and Sierra de Gádor lies an area on the upper reaches of the river Andarax with a rapidly expanding wine industry. In addition to the typical local claret or rosé, research is being carried out with a view to production of other high quality varieties. 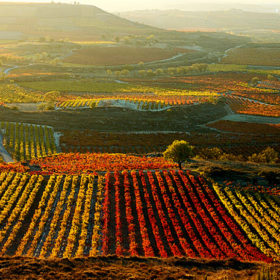 Under this designation we find protected for wines originating in the municipalities of Chirivel, María, Vélez Blanco and Vélez Rubio. Regarding the organoleptic characteristics, white wines are fresh and acidic, with a wealth of aromas reminiscent of fruits like lemon, gooseberry and asparagus; and the rosés are fresh and acidic, with a fruity character and harmonic taste. The reds possess a lot of body and flavours of raspberry, blackberry and licorice, and aged red wines are rich in alcohol and have moderate acidity, without producing a lack of smoothness if they are made in barrels.

The Ribera del Andarax wine region lies in the middle section of the river of the same name. Most of the vineyards are situated at an altitude of between 700 and 900 metres on clay, slate, and sandstone soils. The geographic designation covers 21 municipalities in the province of Almeria and production has traditionally concentrated on a very unusual variety of edible grape, which is called the Ohanes, in honour of the town where it originated.

The area of production and wine making corresponds to the 26 municipalities that make up the Almanzora Valley; it develops different and unique wines given the combination of the valley’s soil, the high number of hours of sunshine a year (3,000) and the altitude of the area (between 800 and 1,200 metres). Its organoleptic characteristics present floral aromas and hints of dry mountain grass, and are balanced with lots of intensity and power. 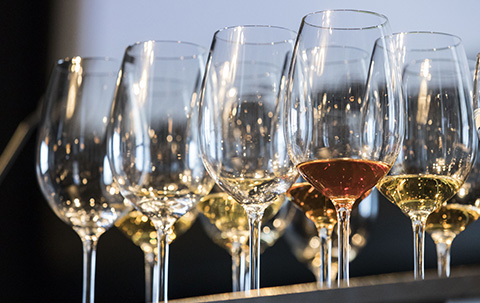 This designation covers a large part of the wine producing region of Cadiz, particularly the Jerez area and the Sierra de Cádiz. It amplifies the province’s range of production, which has been traditionally dedicated to white wines, and varieties of reds are successfully being introduced into more mountainous areas.

This designation includes wines from the whole province of Cordoba, and covers rosés and reds made with varieties of red grapes.

• Types of wines: Rosés and Reds.

• Types of wines: White and Sweet.

This designation has led to the revitalisation of the winemaking industry in the areas of Baza, Huéscar and Guadix, and production is now based on high quality output. The designated area covers the north of the province of Granada and comprises 45 municipalities.

The vineyards of this area cover the hillsides of the Sierra de la Contraviesa, overlooking the Mediterranean, and are notable for their considerable altitude. Rosé is the most traditional local product although a white wine made from the autochthonous Vigiriega variety of grape is also very popular.

These vineyards are set at a high altitude on slate soils in an area with low rainfall which is affected by the Mediterranean sea breezes. The combination of all these factors creates a microclimate which is perfect for the cultivation of vines and the production of high quality natural wines. The designated area covers producers from the Valley of Lecrín, the Vega, the Coast, and part of the Alhama area.

The typical wines from this area are produced from Molinera de Bailén red grapes, an autochthonous variety which is unique in the world. Situated near to La Mancha, the designated area covers an area of some 350 hectares.

There are documents which demonstrate that the area’s wine industry was thriving as long ago as the 16th century, when vineyards were more predominant than olive groves in many municipalities. In 1526 Emperor Carlos V granted Alcalá la Real the “wine privilege”, a document giving the municipality the exclusive rights to sell the wine from the Sierra Sur in the city of Granada. 400 hectares of land are currently dedicated to the cultivation of vines.

• Types of wines: Whites and Reds.

This area’s winemaking tradition dates back to the Roman and Arab periods, and during the 15th century the wines from Torreperogil were much revered in Castile. Later the appearance of the phylloxera plague at the end of the 19th century led to the decline of the industry, but it has been gradually revived thanks to the concerted efforts of both growers and producers. 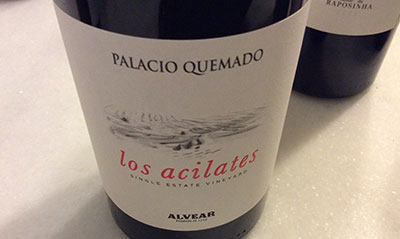 The production area is situated in the south-western corner of the province of Seville, in the Bajo Guadalquivir area. Its wines are produced from the Airén, Colombard and Sauvignon Blanc white grape varieties.

Seville’s Sierra Norte has been traditionally renowned for its production of wine and liqueurs. During the 16th and 17th centuries, the most widely renowned wine from the province of Seville was produced in Cazalla de la Sierra, and it was mentioned in numerous works by writers of the time. There is also evidence that the wines produced in the area were exported to South America.

About the Author: Costas Hadjisotiriou

Please get in touch using the form below